skip to main | skip to sidebar
What good is there in collecting something and not share it with others with the same interest as yours?

The objective of this blog is to share songs not commercially available anymore, for music is the language of the soul and it must not be forgotten. 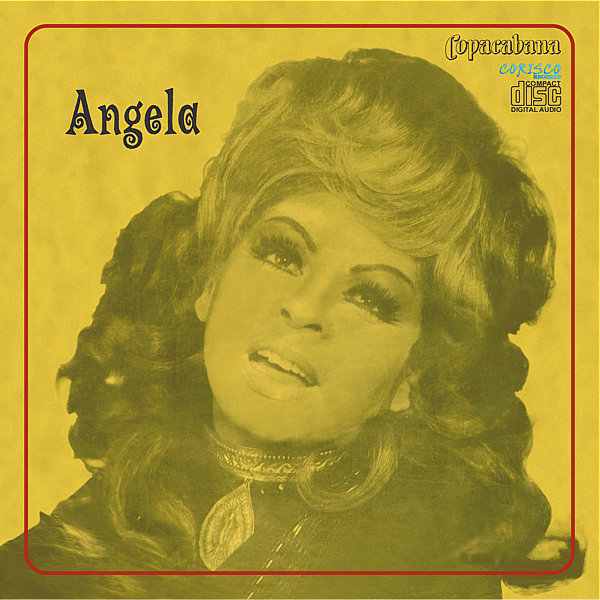 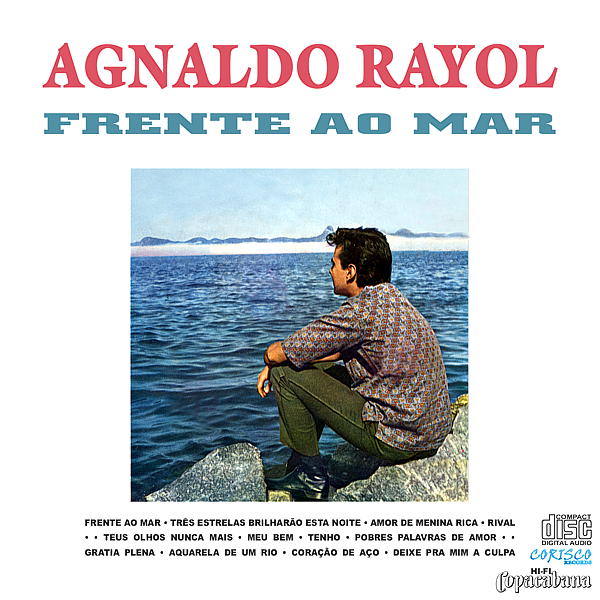 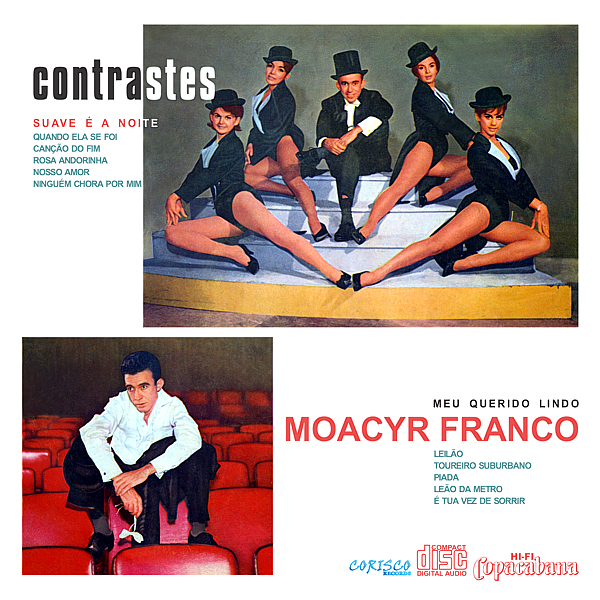 Composer of songs recorded by Chitãozinho e Xororó, Wanderley Cardoso, Nalva Aguiar and João Mineiro e Marciano, Moacyr Franco had an enormous hit with the marchinha "Me Dá Um Dinheiro Aí", followed by "Suave é a Noite" and other well-regarded songs, having been also a successful TV artist.  Moacir Franco started as a professional in the Rádio Difusora (Uberlândia, Minas Gerais), then in Ribeirão Preto (São Paulo).  Moving to the State capital, the city of São Paulo, he worked on TV with Manoel da Nóbrega in the shows Praça da Alegria, O Riso é o Limite and Noites Cariocas. In 1959 his interpretation for the marchinha, based in his role character The Beggar, "Me Dá Um Dinheiro Aí" (Homero/Ivan/Glauco Ferreira), was one of the biggest Carnaval hits when of its release and became a classic, executed in all Carnaval balls until today.  The album sold over 100,000 copies while Franco won the Roquette-Pinto award.  In 1962 he had one of his biggest hits with "Suave é a Noite", in a version by Nazareno de Brito. In the same year he debuted as a host of his own show at TV Rio, Show Doçura.  In the same year he launched the LP Contrastes.  In 1963 he opened the Moacyr Franco Show at TV Excelsior, which won six Roquette-Pinto awards in that year.  His success of 1964 was "Riram Tanto" (Luís Vieira), and two years later Wanderley Cardoso recorded his "Do Sublime Que Tu És".  In the 70's he had success with his compositions "Balada Número 7", a tribute to the celebrated soccer player Garrincha, "Eu Nunca Mais Vou Te Esquecer", "Seu Amor Ainda É Tudo" (with João Mineiro e Marciano), "Small World", "Pobre Elisa" and "Minhas Noites Sem Ti".  In the 80's he became a politician, having being elected as a congressman.  In 1985 Chitãozinho e Xororó recorded his "Filho de Maria"; four years later the duo recorded also "Será Que Sou Eu".  Moacyr Franco also had success reciting the New Testament in a series of recordings.
All Music Guide﻿ 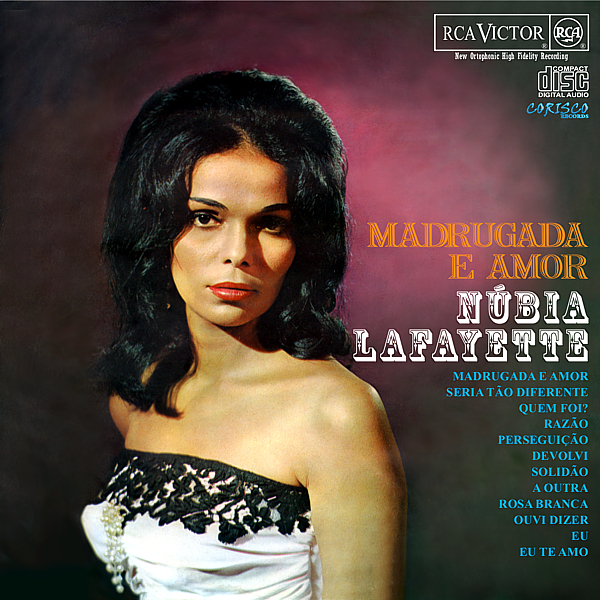 Idenilde Araújo Alves da Costa, as known as Núbia Lafayette (Assu, 21/01/1937 - Niterói, 18/06/2007), was a Brazilian Singer.
Núbia was born in Assu, Rio Grande do Norte, where she lived her first three years, when her family moved to Rio de Janeiro. Since very young she showed signs of a musical talent and when she was eight years old, she started appearing on youth programs.
Her career started by the end of the 1950's, under the pseudonym Nilde Araújo.  By that time she was a salesperson at Lojas Pernambucanas in the town of Rio de Janeiro, when she decided to appear at the program "A Voz De Ouro", aired by TV Tupy, singing songs from that period.  She was crooner at the Cave Rio nightclub and debuted singing Dalva de Oliveira.
The definitive name of Núbia Lafayette was an adaptation, in 1960, suggested by the composer  Adelino Moreira. It was him that took her to RCA Victor, supported by Nelson Gonçalves. It was also in 1960 that she released her first record, the samba-canção "Devolvi" by Adelino Moreira.  This release definively marked her as romantic pop singer.
The number of artists that claim to be influenced by Núbia Lafayette is large and includes names like Alcione, Fafá de Belém, Elymar Santos, Tânia Alves and the singer from Alagoas, Rose D' Paula.
Núbia went on participating on special presentations and eventual shows up to the end of her life.
She lived in Maricá, on the Rio de Janeiro shore.
Wikipedia
Madrugada E Amor
01. Madrugada E Amor (José Messias) • 2:54
02. Seria Tão Diferente (Adelino Moreira/Tônio Luna) • 3:00
03. Quem Foi? (Ribamar/Durando) • 3:29
04. Razão (Adelino Moreira) • 2:53
05. Perseguição (Avelino de Souza/Carlos Da Maia) • 2:43
06. Devolvi (Adelino Moreira) • 2:58
07. Solidão (Adelino Moreira) • 3:02
08. A Outra (Irany de Oliveria/Sávio Soares) • 3:22
09. Rosa Branca (Salvio Costa) • 2:52
10. Ouvi Dizer (Adelino Moreira) • 2:58
11. Eu (Graça Batista/Jonas Garret) • 2:14
12. Eu Te Amo (Irany de Oliveira) • 3:13
Posted by Trackfinder at 12:35 AM 11 comments: 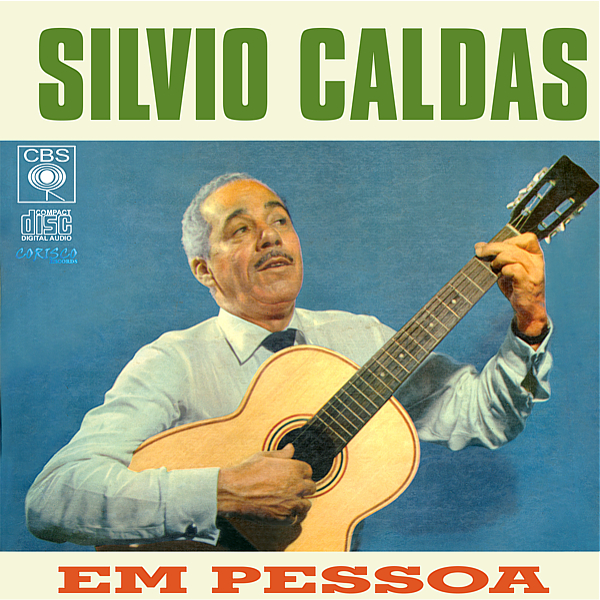 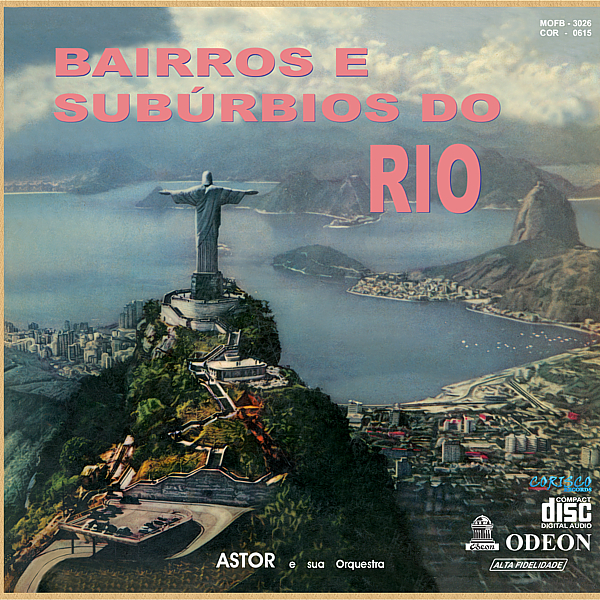 Astor Silva (10/02/1922-12/02/1968)  was born in the neighborhood of Rio Comprido, Rio de Janeiro.
He started his career as a trombonist in dancing clubs.  Around 1940, he started working at Cassino da Urca and in others on the region of Copacabana and Icaraí.  In 1946, when the casinos were closed all over Brazil, he became part of the Orquestra Tabajara, directed by Severino Araújo, and toured through Brazil, Argentina, Uruguai, France and other countries.  Still as part of the Orquestra Tabajara he played at Rádio Tupy.  Later, he moved to the maestro Carioca's orchestra, who worked for Rádio Tupy.  He also played at the Night And Day nightclub and at the TV Rio.  He was music director for various recording companies.  At CBS he was also chief arranger.  In the beginning of 1950, started his own group and played for Todamérica, supporting Flora Matos, Garotos da Lua, Virgínia Lane, Zilá Fonseca, Ademilde Fonseca and Raul Moreno.  In 1952, his choro "Chorinho Da Noite" was recorded at Continental by Severino Araújo and his Orquestra Tabajara.  In 1953, he recorded for Todamérica the choro "Pisando Macio" and "Baião Diferente", by Marcos Valentin.  During the next year he also recorded with his group the choro "No Melhor Da Festa" and "Baião Lusitano", both his compositions.  By this time he started directing his own orchestra and released the mambo "Mambomengo" and the samba "Sete Estrelas", also his compositions.  Still in 1954 his choro "Alta Noite", composed with Del Loro, was recorded at Sinter by Jamelão.  He worked with his orchestra for Todamérica and played, among others, with Dóris Monteiro on the songs "Marcha Do Apartamento" and the samba "Sacrifício Não Se Pede".  By 1955 he played with his group and orchestra at Continental supporting Moreira da Silva, Nora Ney, Bill Farr and Emilinha Borba.
Between 1960 and 1963 he worked with his group and orchestra for Columbia.  In 1960 he was one of the persons responsible for the hit "Beija-Me", by Roberto Martins and Mário Rossi, recorded by Elza Soares with his arrangements.  In 1961, he supported the then unkown singer Roberto Carlos on his 78 rpm with the songs "Louco Por Você" and "Não É Por Mim".  He also supported the recordings of Risadinha, Wanderléa (also starting her career), Cyro Monteiro, Rossini Pinto, Elis Regina on her first recordings, "A Virgem De Macareña" and "1, 2, 3, Balançou".
In 1974 his "Chorinho De Gafieira" was re-recorded by Raul de Barros on the album "Brasil, Trombone" released by the label Marcus Pereira. 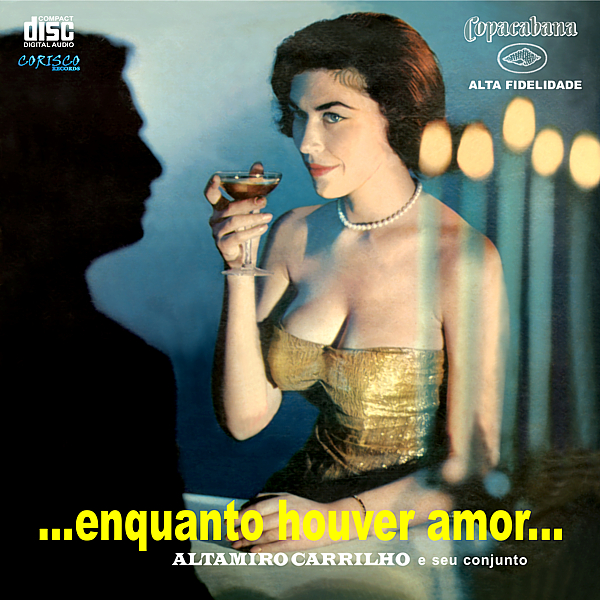